PPC can mean a whole lot of things. Technically speaking, Facebook marketing could be called PPC as well. But in this area, we’re going to be specifically covering Google Adwords. The lessons here can absolutely be transferred to other online paid ad systems as well.

Growing Blueberries Is Easy, Its Selling Them That’s The Hard Part.

At this point in the book, it should be clear that the whole process of growing your business is very often a learn from your mistakes process. PPC was no different for me, as is the same for so, so many companies. Rather than start out with a failure though, let’s start with a great success that led to a failure, an analysis, and some growth. So come on, it’ll be like a fantasy novel just with real tears and lost money, a learning experience, and finally a redemption.

It was a hot day and I was painting a piece of wood that would soon become our first sign. The heat didn’t bother me anymore, but the drops of sweat getting in my eyes as I looked down was annoying. I was in the front of the farm, and the fields spread out in front me until they reached a small family garden and pond in the distance.

We had turned the horse fields into blueberry fields over the last several years, and now it was finally time to start our sales and marketing efforts. The bushes were old enough now to have our first harvest, and it was just a matter of getting people to the farm to pick. Obviously, the first thing we needed was a sign.

The sign did bring in a few people, but we were going to make our revenue mark if we didn’t boost up sales a lot faster than a lone sign on a highway, even a busy highway, in the middle of rural Georgia. We had started late on the website, and still weren’t ranking well, so outside of going to farmer’s markets, it was going to have to be something else. Fortunately, I knew a bit about Google Adwords. We decided to go with a $200 budget and see what would happen.

Turns out, tons of people love to take their families out to pick blueberries at a you-pick-em farm and they were online looking for where to go.

We had a lot going for us.

We had the following things going for us:

So how did it go?

With our little $200 budget, we managed to bring in something like a thousand visitors. Needless to say we added to our budget, and had an amazing first year. Turns out that luck will take you a long way!

I was now officially an Adwords Rockstar, and was entitled to give anyone whatever knowledge I had on PPC with full confidence that I knew what I was talking about. After all, I was hugely successful at PPC, right? I was the richest first year blueberry farmer you’d ever met.

Now that I was a big time PPC guy, and my first SaaS was starting to get off the ground, it was time to take my PPC knowledge along with a fat budget and blow this thing up! But we all know how this story goes, you don’t learn from your successes, you learn from your mistakes.

Applying PPC To SaaS With My Inflated Ego

With the SaaS, there were a few differences that I failed to notice at the time:

Maybe I just don’t want to remember, but I can’t for the life of me recall the actual budget we had prepared for an initial spend. It wasn’t huge, but at the time it was a lot for us. Probably something like 5k or 10k.

Either way, it’s all gone now.

In a fiery ball of sadness and dollar bills, my hopes and dreams of massive profits and loads of users burned to the ground in fairly short order. That along with some tears and a deflated ego turned my PPC dreams into nightmare.

So, what did I learn?

Lesson 1: Test your keywords and cut the fat before scaling.

On the first attempt, I had done a mediocre job of researching my keywords, then I went all out with a halfway set of keywords and almost no testing. So the lessons here are:

If you know what people are searching for and then test those keywords with different messages against different demographics, you will see what’s working and what’s not working. Once you know what works, then, and only then, should you start scaling up.

The trick here is to spend some time with the exclude demographics area for each item. It can take a while to do this, but if you don’t, you’re more than likely going to be flushing your money down the drain.

Remember on the blueberry farm website how we had all that great content? We had recipes for blueberry pies, instructions on how to put up a grape orchard and how to propagate figs. We even had the video of me screaming like a little girl and running across the fields being chased by a slightly annoyed, but not vicious hive of bees? Everyone loved that stuff. Our bounce rate was super low and people that came in stuck around for everything from great reading to cat videos.

But in the SaaS launch, all we really had were articles that said “Hey, we’re launching yet another SaaS, and ours is special!” We talked about the need for solving the problem, but we didn’t have any social proof, we barely had a working product, and it certainly wasn’t as interesting as a grown man screaming like a little girl.

So when people did click on the ads, they were taken to pages that weren’t all that interesting and bounced out pretty fast. Our CTR is abysmal, and our Google overlords knew it. Having a high CTR LOWERS YOUR COST PER CLICK (CPC) and so our ads were not showing or were stupid expensive to keep showing. Something else we learned it is way easier to measure CTR than waiting for users to convert.

After we lost all of our money we realized that what we should have done is go back and write great content that was interesting, then we could drive people there with ads. Without that, Google either doesn’t show your ads, or starts to price you out.

Lesson 4: Keywords should take users to pages that have corresponding content

We had TONS of keywords that made sense if you knew the product inside and out. But our users were searching for something, saw the ad and clicked on it, then were taken to page that didn’t have any content that was related to the keyword. It’s so easy now to see why they weren’t all that interested, but at the time we were baffled. They were there, why the heck weren’t they giving us their money before they left?!

Not only that, but we were using keywords that were only tangentially related to our product. Users coming to the website didn’t understand why they needed the product in the first place, and we had no idea what an awareness ladder was at the time. So these people we had spent so much on to attract just bounced out.

In addition to the keywords and corresponding content, make sure that wherever you take your users from ads are optimized for CONVERSION. We used what we thought was some of our best content pages as landing pages, which did in some cases keep users’ attention, but they were never built for conversion. So users got their info and headed along their merry ways.

Lesson 5: Stay on top of your progress!

With the over-inflated ego, it was easy to just put up my poorly crafted campaign, ante up the cash and go along to the next set of tasks. It wasn’t until a few weeks went by and our sales hadn’t really changed that I went back and looked at the analytics. On top of that, I had set up some analytics to inform me of traffic, but no conversion tracking in Google Analytics. This was a killer because I saw the alerts that my traffic was going up, but I wasn’t watching my conversions well enough. Why would I? I knew everything about PPC. (hand smack to the face)

By the time I took a deeper dive into my analytics, it was too late. The money was gone, no conversions to speak of, and a giant refrigerator sized safety pin popped a hole in my blueberry farm sized PPC ego.

Lesson 6: Organic search conversion rates are not the same as paid rates.

After catching my breath, getting up off the floor, and canceling all campaigns, I started to dig a bit deeper. What had happened? How could this be? I did all the same stuff as I did at the farm, what happened?

Well, as you can see, a lot happened. But one of the additional things that happened was that I realized that people who were searching for me, finding me, and converting were doing so at a different rate than people that were coming in from PPC. A lot different.

I had counted on using my organic conversion rate as a constant when it came to other ways of converting users, and that wasn’t the case. These rates were way different. The main reason, I finally realized, was our page content quality and awareness. Users coming in from ads didn’t understand why they needed us and the page content wasn’t explaining it to them. So out the door they went, and without so much as a goodbye.

Lesson 7: What I should have done differently right away

For our system, it was all about awareness. We didn’t have any awareness ladder that helped us understand where people were in their awareness of the need. We should have started with this, but ironically, we weren’t aware of the problem.

Had we understood the different levels of awareness for our product, then built content and ads that matched our users levels of awareness, we could have at least done a bit better. It would have been a good start to pretty much redoing the entire thing.

Had I gone on to just be a blueberry farm adwords guru, I probably could have done pretty well for a long time with a halfway thought-out campaign, and it would have worked just fine.

But selling blueberries and selling software are two very different things and sometimes you have to learn that the hard way. At the end of the day though, we took what we learned from our mistakes and both gave them to you and took them for ourselves. Now neither of us will make these mistakes. 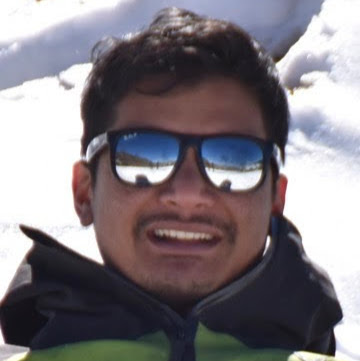 Last updated 3 years ago
Edit on GitHub
Contents
Growing Blueberries Is Easy, Its Selling Them That’s The Hard Part.
Let’s set our first scene on an idyllic blueberry farm in Georgia…
We had a lot going for us.
So how did it go?
Applying PPC To SaaS With My Inflated Ego
Either way, it’s all gone now.
So, what did I learn?
Lesson 1: Test your keywords and cut the fat before scaling.
Lesson 2: PPC is half about who is clicking on your ads and half about who isn’t.
Lesson 3: Focus on quality content and your Click Through Rate (CTR)
Lesson 4: Keywords should take users to pages that have corresponding content
Lesson 5: Stay on top of your progress!
Lesson 6: Organic search conversion rates are not the same as paid rates.
Lesson 7: What I should have done differently right away
Mistakes lead to successes